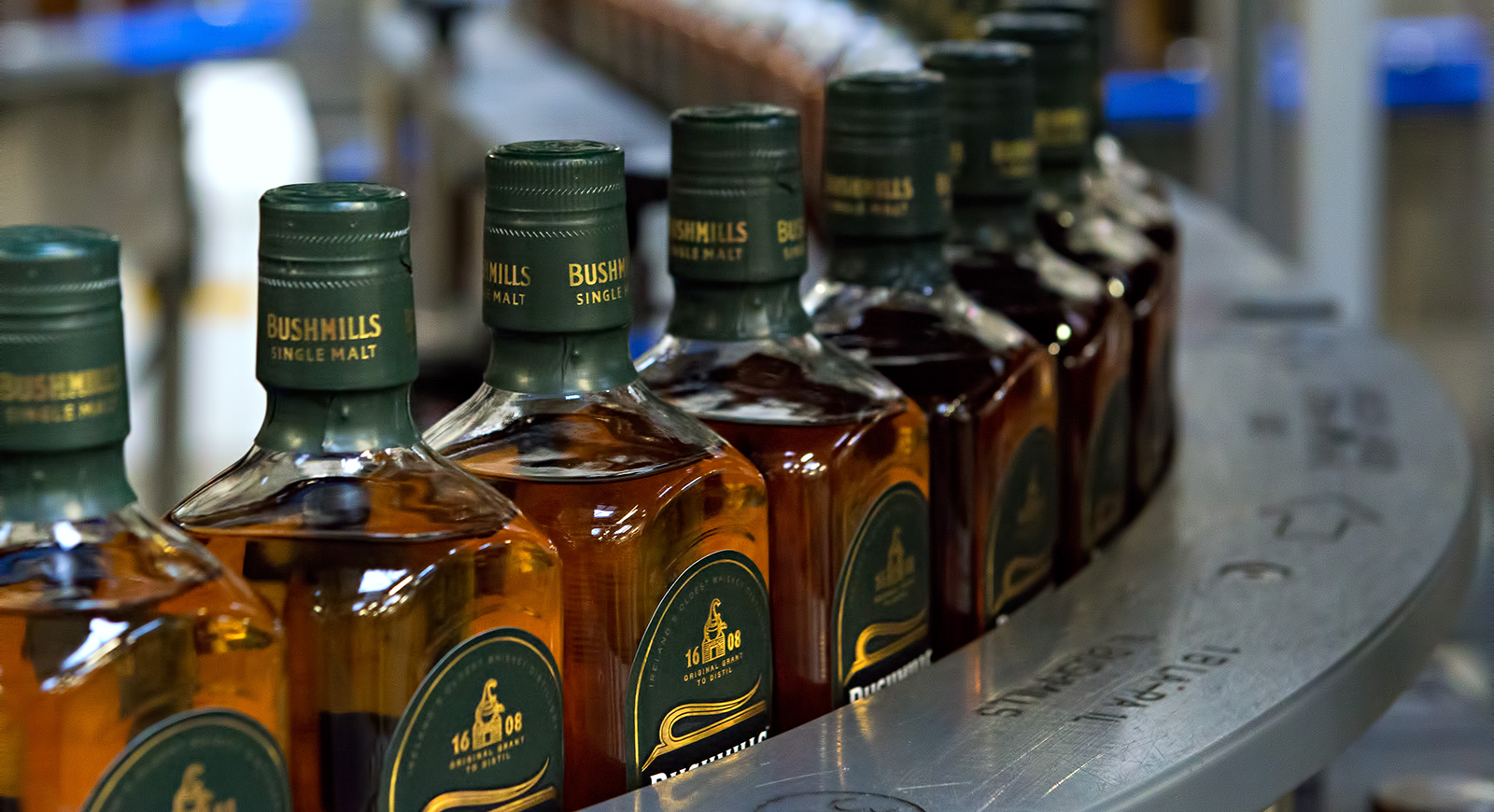 Whisky Galore: A Guide to the Finest Malts Through the Ages

Whisky Galore: A Guide to the Finest Malts Through the Ages

Magazine Home>Whisky Galore: A Guide to the Finest Malts Through the Ages

Do you remember your first whisky? I do. And yes, it did involve a crisp autumn day, a log fire and a deep conversation with old friends, just like the ads. Though these days, pretty much any time is whisky time, whether it’s enjoyed at home, in the local pub, or shaken into a sour in a smart hotel cocktail bar.

My heritage pulls me to the peaty, spume-tinged Hebridean single malts. Though, depending on my mood, it might be honeyed, heathery Highland malt I’m after. But now there’s another country’s whisky I add into the mix — Ireland. Up until fairly recently, if you were a serious whisky drinker then you would reach for Scotch. It dominates the market for good reason, continuing to capture the world’s imagination. Irish “blended” whiskey was for drowning sorrows — and coffee. It was a crowd-pleaser, yes, but it didn’t offer much in the way of complexity. But things have changed, and changed fast. Ten years ago there was no craft industry to speak of, there are now  28 new whiskey distilleries in Ireland either proposed or under way. In short, Irish whiskey is having a moment.

So what are the key differences between Scotch and Irish whiskey? The barley used for Scotch whisky is dried over open peat fires, which gives it that sultry smokiness; the malt in Irish whiskey, meanwhile, is dried in sealed ovens, locking in that pure malt flavour. Irish whiskey is distilled three times as opposed to twice for Scotch, giving it a rounder, smoother mouth feel. But to really understand the difference you need to go back in time, to when Irish whiskey reigned supreme — until politics got in the way. Nobody knows who made the first whisky. And how the Irish and Scots got in on the act is equally mysterious. What is agreed is that distillation arrived in Scotland with the monks of the Celtic Church, suggesting that it was already taking place in Ireland. Back then, whisky was used mainly for medicinal purposes and very different to today’s drink. It was laced with heather, honey, herbs and spices — think whisky liqueur.

And it pretty much stayed that way right up until the beginning of the 19th century. It was only when the grand families and crofters alike got in on the act that it began to taste more like it does today. Distillers have always used the main crop of their region as the base for their spirits, and in Scotland and Ireland that meant barley. Making whisky was seen as a great way to use up surplus grain. It meant that cattle could be fed on the grains left after mashing, and crofters could use their whisky as part-payment for their rent. Thus whisky soon became an integral part of rural life. Jump ahead to 1825 and the whisky industry in Scotland and Ireland was building up a reputation internationally and now being controlled by large companies. New legislation prompted a flurry of new distilleries across the Highlands and in Ireland.

Cue the continuous still. In 1827, Robert Stein discovered a way to make a lighter, grain-based whisky that could be mass-produced. Later adapted by Aeneas Coffey, the continuous (or column) still changed whisky production forever. Distillers in the Scottish Lowlands jumped on the invention, and wine merchants and grocers such as John Walker, James Chivas and Matthew Gloag began blending malt with the lighter grain whisky; their customers loved it and, as they say, the rest is history.

The Irish, meanwhile, had dismissed the new blends, declaring that it wasn’t real whisky and stuck to their guns with their pot stills. Their prestige grew, they gained a reputation internationally, especially in America, and Irish whiskey started to sell more than Scotch. At its height, in the mid-19th century, there were 88 distilleries in Ireland. Some historians claim the 19th-century Irish (and many American) distillers added the ‘e’ to ‘whisky’ to distinguish themselves from the substandard Scotch that was flooding the market at the time. Then along came Prohibition and the bootleggers. Thanks to bad counterfeits, Irish whiskey’s reputation was ruined practically overnight. When Irish products were banned in Britain and the Empire the Irish whiskey industry imploded.

Meanwhile, all was looking pretty good in Scotland — until the 1970s. Younger drinkers turned away from the brown stuff in favour of the white stuff — vodka et al — and the global whisky industry fell into a deep funk. Fast-forward to today and whisky is once again de rigueur. Not a trendy new bar opens without a decent listing, with renewed interest in how they are made and who makes them. People are drinking less, but they are drinking smarter and they’re willing to pay for it — and this time for both Irish and Scottish whiskies. Not that Ireland compares to Scotland in terms of production. Scotch whisky is still the envy of the world and far outsells its Irish neighbour. There are more than 130 distilleries in operation in Scotland and plenty of new openings in the offing. Among them is the restored Annandale Distillery in Dumfrieshire and the new £100m distillery at The Macallan, which will increase capacity significantly. Then there are newcomers such as Ballindalloch, touted as being Scotland’s first single estate Scotch whisky distillery (though you’ll have to wait another eight years or so to try it).

And don’t forget the wood-chip-heated Ardnamurchan Distillery, which opened in July 2014 on the shores of Loch Sunart, while the island of Islay is soon to get its ninth distillery, Gartbreck, currently under construction. Then there’s the Isle of Harris Distillery, which is just starting to take shape, and a first for the island. No tour of Scotland is complete without a spin and a sip around a Scottish distillery. Pushed to pick, I’d choose picturesque Edradour in the Highlands, Arran Distillery on the Isle of Arran (the view alone, complete with golden eagles, will make your jaw drop), and Ardbeg on Islay — and you might as well do Laphroaig and Lagavulin while you’re there. Over in Ireland, just three companies produce most of the whiskey. The rest comes from newcomers such as Dublin’s Teeling Distillery, which opened to the public for the first time in 2015.

Founded in 2012 by brothers Stephen and Jack Teeling, it is the first new distillery in Dublin for 125 years, though the family can trace a history of whiskey production back to 1782, when Walter Teeling founded a distillery a stone’s throw from their current site. While Stephen and Jack’s dad, John, founded the Cooley distillery in 1987 (later snapped up by Beam Inc), it was the first independent Irish distiller in 100 years, breaking apart an industry monopolised by Irish Distillers. In order to survive,  Irish distillers Jameson, Powers and the Cork Distilleries Company merged in 1966 to form Irish Distillers Ltd, and Jameson Blended Irish Whiskey became the flagship brand that went on to achieve global success.

Despite there being just a handful of operational Irish distilleries at present, the category now features a diverse range of products, from deluxe blends, to Irish single-pot stills, to single malts. And with recent news that the world’s oldest licensed distillery, Bushmills, in Country Antrim, Northern Ireland, is to receive a cash injection of £30m from parent company Jose Cuervo, for a new distillery that will double capacity, things are looking particularly rosy for the industry, which exports a staggering 90% of its production. In fact, the newly formed Irish Whiskey Association aims to grow global market share to 12% by 2030. So there’s a new optimism in Ireland right now — and a few more changes in ownership of the big whiskey brands. But that’s par for the course these days with a highly coveted product such as whisky, whether with an “e” or without.

Don’t know your Irish whiskey? Then try these…

Teeling Silver Reserve 21-Year-Old Single Malt, Dublin
Located on an ancient market square called Newmarket, the new Dublin distillery is a three-copper-pot still operation. The Silver Reserve is first matured in Bourbon oak casks, then in Sauternes casks.
On the palate: Silky smooth, with flavours of fig jam, honey and apricots and a crisp saltiness on the finish
Buy: £134.74 (masterofmalt.com)

The Wild Geese Single Malt, County Louth
A vatting of Irish malt whiskies made by the Cooley Distillery and mainly aged in first-fill ex-Bourbon barrels, this has twice been voted Best Irish Whiskey. The term refers to Irish soldiers who have left Ireland to serve as mercenaries.
On the palate: Smooth and peppery, with a hint of vanilla and a lingering earthiness.
Buy: £54.99, specialist whisky merchants

Jameson 18-Year-Old Master Selection Blended Irish Whiskey, County Cork
The elder statesman of the Jameson portfolio, this has been matured for 18 years in hand-selected oak casks and finished in first-fill Bourbon barrels for a complex pot still character.
On the palate: Fudge, toffee and spice, with hints of wood and leather, finishing with vanilla and a gentle sherry nuttiness
Buy: £82.85 (thewhiskyexchange.com)

Knappogue Castle 1951, County Clare
The oldest (and most expensive) single malt Irish whiskey made at the now defunct Tullamore distillery and aged for 36 years in sherry casks. “Astonishing — truly a thing of beauty,” declares whisky guru Jim Murray.
On the palate: A big booming start, rich from the off with an attractive oiliness, mouthwatering, with licorice and chicory notes.
Buy: £699 (thewhiskyexchange.com)

Midleton Very Rare Irish Whiskey bot. 2015
The Midleton Very Rare range has been going since 1984 and this is the second to be selected by new-ish Master Distiller Brian Nation. The flagship blend of Ireland’s biggest distillery, it’s a small batch blend released annually.
On the palate: Muscular and richly flavoured, it begins with sweet orange and pineapple, and becomes spicy with flavours of clove, ginger and vanilla
Buy: £150 (thewhiskyexhange.com)