Magazine Home>The Royal Academy of Art: Past, Present and Future

On a winter’s day in November 1768, architect Sir William Chambers, along with three fellow artists, converged on St James’s Palace for an audience with King George III. There was just one thing on their minds — to secure the monarch’s support for the establishment of a “well regulated School or Academy of Design” which, they hoped, would be the British equivalent to similar, well-regarded institutions flourishing in Europe. The King, who had been taught to draw by Sir William, agreed to be patron, underwrite any losses and took an active part when, a month later, the Royal Academy of Arts was founded followed by the RA Schools in 1769. Charles Saumarez Smith, the present Secretary and Chief Executive, describes its history as “evolving while retaining its essential character”. Sir Joshua Reynolds, the first President, defined art for the Academy students in his annual Discourses, stressing the importance of copying Old Masters, classical casts and life models. To this end, the RA acquired a large collection of classical plaster casts paid for by King George, along with books and sculpture. The first students sat on semi-circular benches, as they still do, working by candlelight from male and female life models, although no student under 20 was allowed to draw the female model unless he was married.

The 36 founding Royal Academicians, elected then as now by their peers, included Italian, French and German artists and two women, Mary Moser and Angelica Kauffman. Samuel Johnson and Oliver Goldsmith were among the professors initially appointed to lecture. The first women professors were not appointed until 2011; Fiona Rae as Professor  of Painting and, more controversially, Tracey Emin as Professor of Drawing. When Emin was made an Academician in 2007, she commented: “It doesn’t mean that I have become more conformist; it means that the Royal Academy has become more open, which is healthy and brilliant.”

Since 1991, at any one time there are 80 Royal Academicians. They currently include such names as David Hockney, Grayson Perry, Antony Gormley, Anish Kapoor, Richard Rogers, Cornelia Parker and Norman Foster. Although the number of students has decreased, the RA Schools today offer the UK’s only free, three-year postgraduate course to 17 artists annually. William Blake, a somewhat rebellious student, John Flaxman, JMW Turner, Thomas Rowlandson, Thomas Lawrence, John Constable and Edwin Landseer are among the illustrious alumni. The RA’s first home was the rented Lambe’s Auction Rooms in Pall Mall. In 1771, the King offered Somerset House, a former palace, where the Academy remained until joining the newly founded National Gallery in Trafalgar Square in the 1830s. This in turn became too small and in 1867 the RA found its present home in Piccadilly, across from The Ritz at Burlington House, for which the rent was £1 on a 999-year lease. In 2001, the Academy acquired the adjacent Burlington Gardens, a Victorian masterpiece designed by Sir James Pennethorne, which provided extra space for exhibitions.

David Chipperfield RA will transform the Royal Academy in time for its 250th anniversary in 2018, uniting the buildings on Piccadilly and Burlington Gardens and creating new spaces for exhibitions and debate, including a 260-capacity lecture theatre. The transformation of the two-acre site will provide new display spaces for the Academy’s collection of some 46,000 items covering 500 years of British art and architecture, including sculpture, prints, artists’ sketchbooks and paintings by Turner, Constable, Henry Raeburn, John Everett Millais, John Singer Sargent and David Hockney. On view on the Sackler Wing level is the Academy’s most treasured possession: Michelangelo’s Taddei Tondo carved in 1504-5, his only marble sculpture in Britain.

The Summer Exhibition has always been the Academy’s highlight, kick-starting London’s summer season. Open to all, it originally enabled the public to see contemporary art when it was otherwise confined to stately homes. With 12,000 entries and 1,200 works on display, it is the world’s largest open submission exhibition. Rituals surround it: on Selection Day, the committee drink beef tea made to a secret recipe; on Varnishing Day, artists can see their work hung and put finishing touches after a service in St James’s Piccadilly and a traffic-stopping procession led by a band. The annual opening dinner is attended by royals, prime ministers, and leading arts figures. Those replying to the toasts over the years have included Charles Dickens, Rudyard Kipling, Yehudi Menuhin and Laurence Olivier. In 1980, there was the intriguing combination of Princess Margaret, Tom Stoppard and Margaret Thatcher.

The historic winter exhibitions, held from 1870 to 1939, made the Academy globally noted. Charles Saumarez Smith says other academies have become moribund while the RA has become the “primal exhibition gallery to the world”, offering flexibility and an exhilarating mix of events. Today, the Academy’s exhibition programme runs throughout the year, attracting over a million visitors annually. The most popular exhibitions in the RA’s history have been Monet in the 20th Century in 1999 and David Hockney RA: A Bigger Picture in 2012. In 2015, nearly 400,000 visitors came to see Ai Weiwei. This year, crowds have already enjoyed In the Age of Giorgione, embracing Dürer, Bellini and Titian, and can look forward to David Hockney RA: 82 Portraits and 1 Still Life in July. The UK’s first major collective exhibition of Abstract Expressionism for 50 years takes place in September, displaying works by Willem de Kooning, Franz Kline, Jackson Pollock and Mark Rothko.

What Sir Joshua Reynolds would have thought is probably unprintable, but as Saumarez Smith says, “the RA never wanted to be bound under by history”. While retaining its historic framework, it still has a leading art school, possesses an invaluable art collection and its exhibitions are publicly acclaimed. The Royal Academy was founded in order to give artists a voice. This is what makes it unique and it is vital this role is retained. The new redevelopment will ensure that much that has remained almost hidden will now be on show and accessible, a revitalised destination for a fine company of artists and the public in the heart of London. 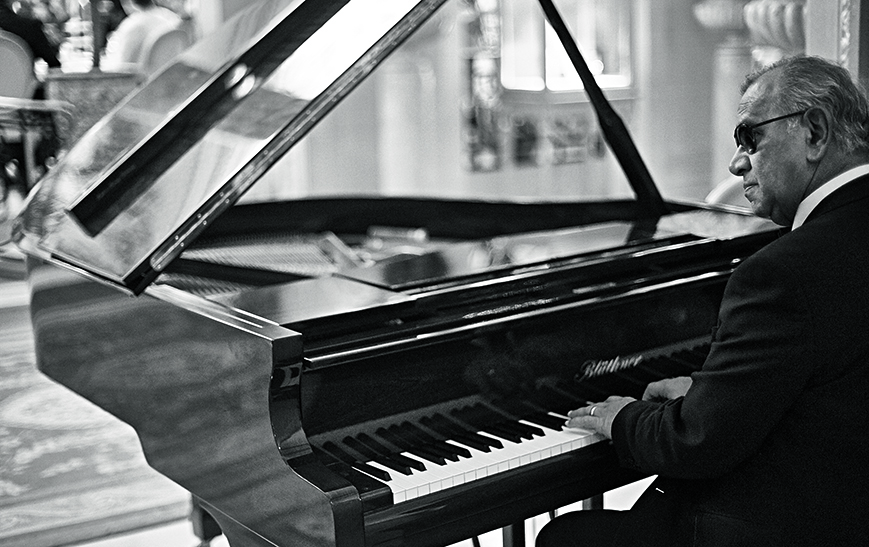